PAST OF CANADA AND FIRST NATIONS: THE HISTORY

« PAST OF CANADA AND FIRST NATIONS: THE HISTORY SHORT INTRODUCTION OF THE SUBJECT The American continent was the last of the continents to be occupied by humans. First Nations" is the term used to refer to the Aboriginal peoples of Canada other than Métis and Inuit.

Moreover, this community has its own culture, language and beliefs.

Communities may be large or small, and relatively urban or extremely remote, All First Nations believed that their values and traditions were gifts from the Creator.

One of the most important and widespread teachings of their beliefs was to live in harmony with nature. THE ARRIVAL OF EUROPEANS IN CANADA Prior to the arrival of Europeans, the First Nations of what is now Canada were able to meet all their material and spiritual needs from the resources of the natural world around them. Representatives of several European nations came to Canada from the 10th century onwards.

For a few centuries, it was traders, fishermen and a few explorers who penetrated the continent. When Europeans arrived in Canada, they found that all the regions were inhabited by Aboriginal peoples, whom they called "Indians" because the first explorers believed they had reached the East Indies.

These people lived off the land, some by hunting and gathering, others by farming. Aboriginal groups often fought wars to expand their territory, control resources and increase their prestige. The arrival of European fur traders, missionaries, soldiers, and settlers forever changed the Aboriginal way of life. CONSEQUENCES Many Aboriginal people died from diseases transmitted by the Europeans, to which they had no immunity.

Nevertheless, during the first 200 years of their coexistence, Aboriginal people and Europeans formed strong economic, religious, and.... » 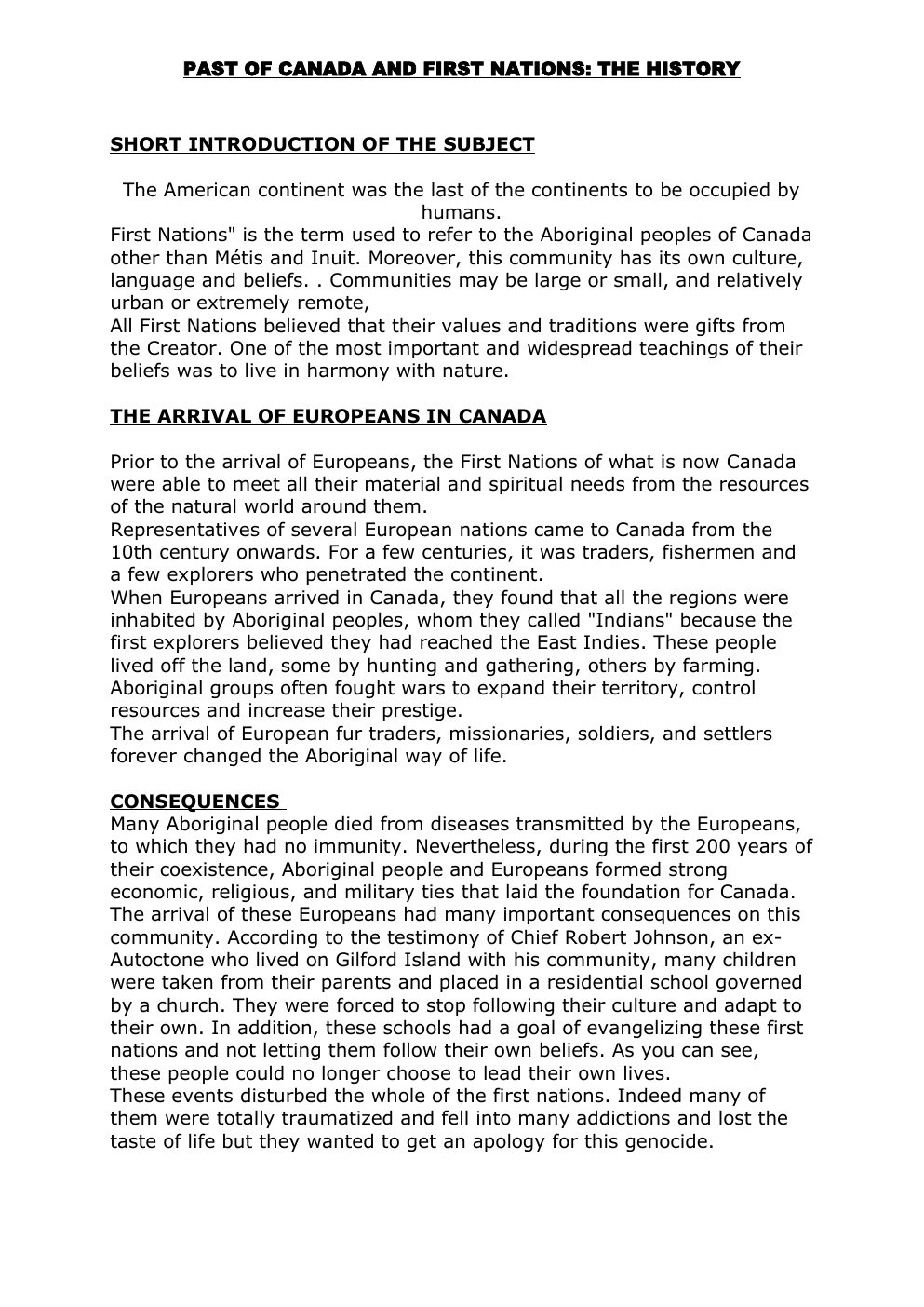 past canada and first nations the history