Is there one side of the coin in the myth of the frontier?

« Portfolio thématique n°3 Is there only one side of the coin in the Myth of the Frontier ? During many centuries, Europeans colonized a new territory they had discovered, what we call nowadays the United States of America.

Nevertheless, it was not a desert land and was actually peopled by many tribes, the Native Americans.

Coming from the East, what the Pioneers wanted was to expand the land they owned toward the West where they were stopped by the Indians. Therefore, the Myth of the Frontier, as Frederick Jackson Turner defined it, was born.

A moving boarder which separated the Europeans from the Natives.

However, we can wonder if this myth really did symbolize in a good manner what truly happened. Doesn’t it hide the rough reality of things and, moreover, is there only one side of the coin in the Myth of the Frontier? In order to answer that key question, we are going to study in depth some documents and we will see how it is possible to qualify our answer. First and foremost, westerns, and especially classical ones, are a quite good example to take when it comes to the representation of the Frontier.

We can take a look at one of the first film directed by John Ford in 1924.

This silent film is entitled The Iron Horse and is one of the best representation of what we call classical westerns.

If we focus on the beginning of the film, we can notice that it depicts in a very peculiar way the Frontier. Indeed, while a man and his son are moving toward the West in order to find a way for a train to be built, they are watched by Native Americans.

These men therefore decide to take action and. » 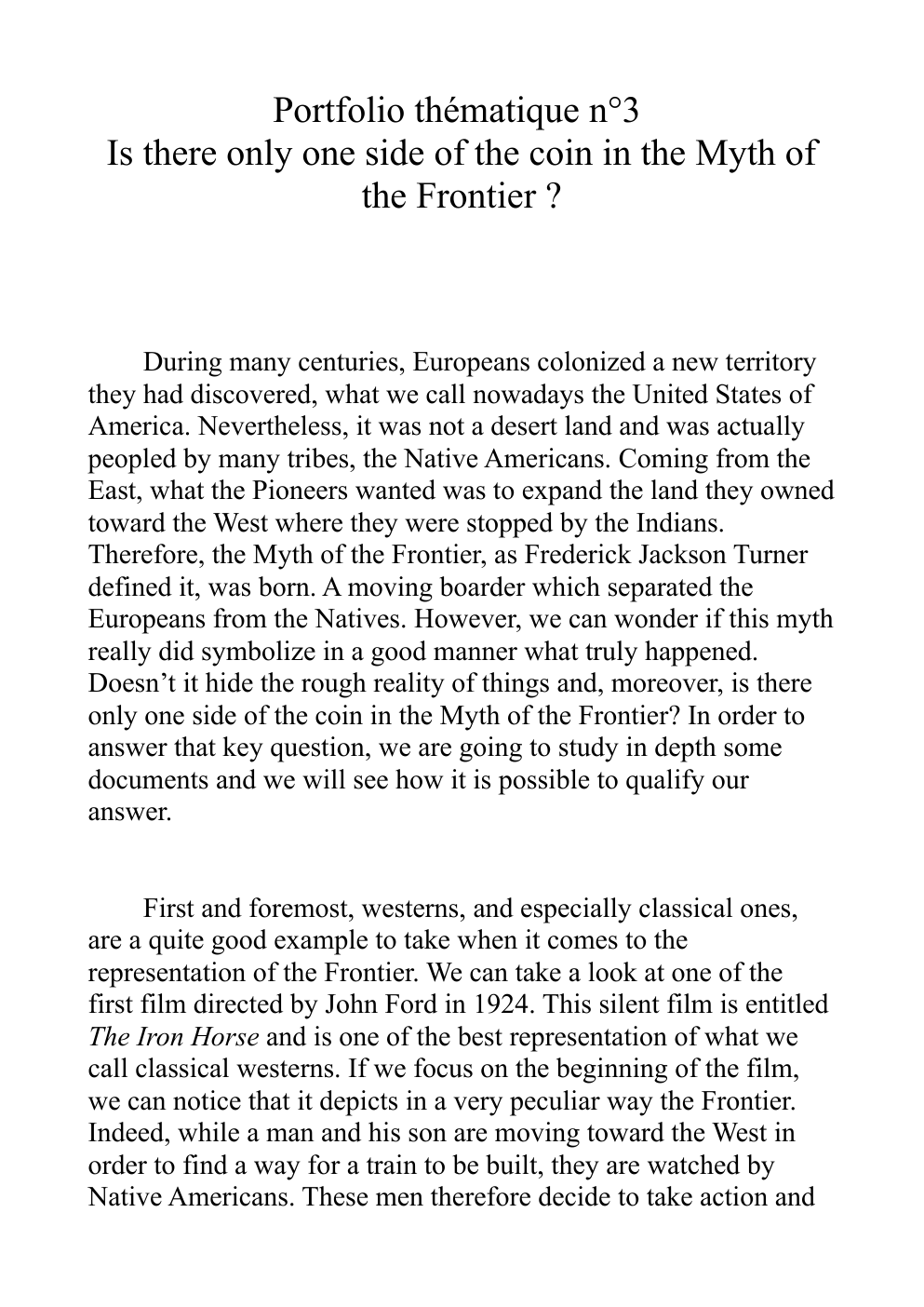 there one side the coin myth frontier